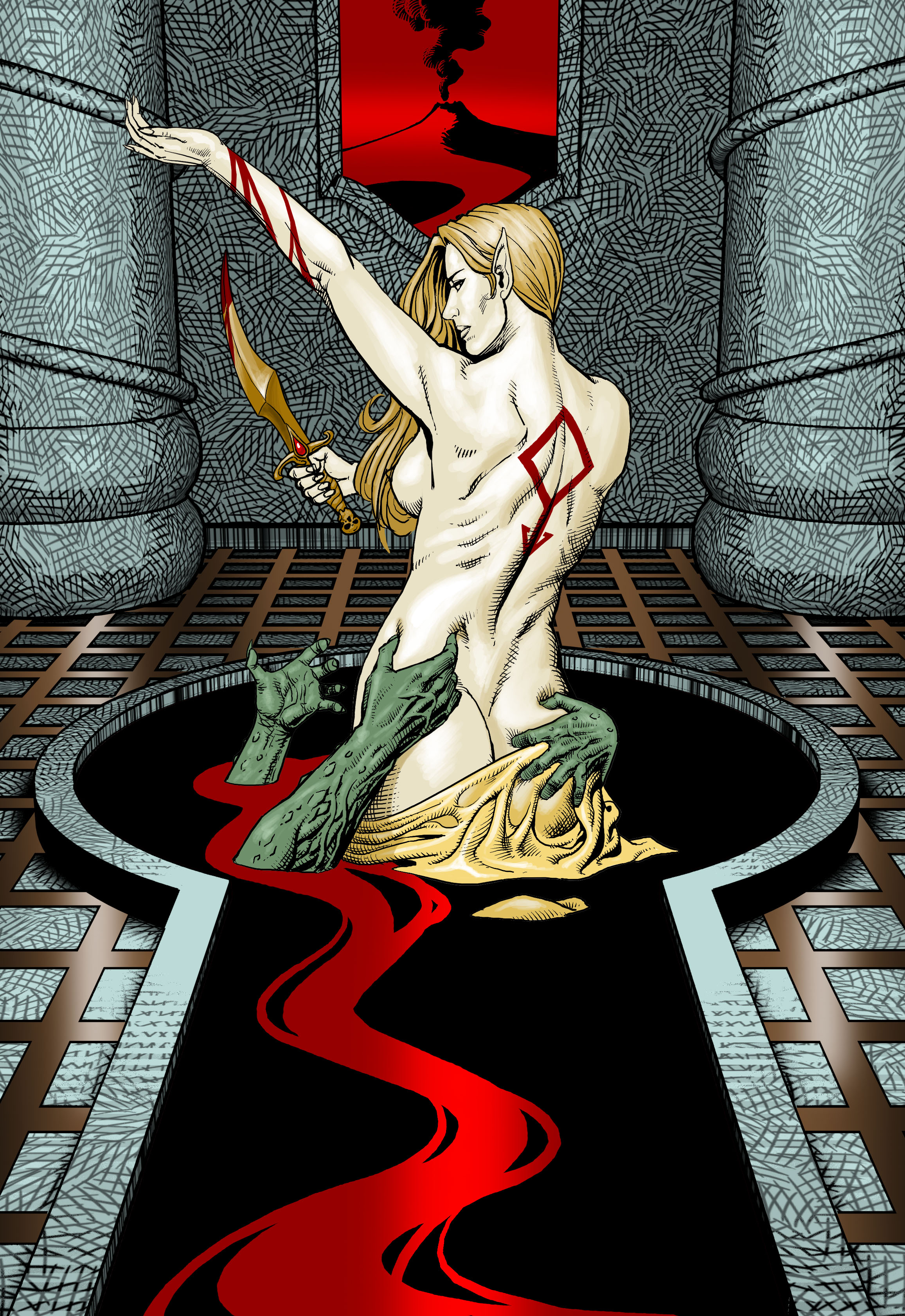 Sorry about this, totally missed the October 1st 2021 update window. In the end, it was just easier to roll over to November 2021. Still not organised, though. Basically pulled this image out of the Google Drive as the closest one on hand. I think it might be buried in the Patreon somewhere more than half a decade ago.

Anyway, I think this is a character named Voonaka who has briefly appeared for a few pages from here and was meant to eventually have a bigger part but it hasn't happened yet.