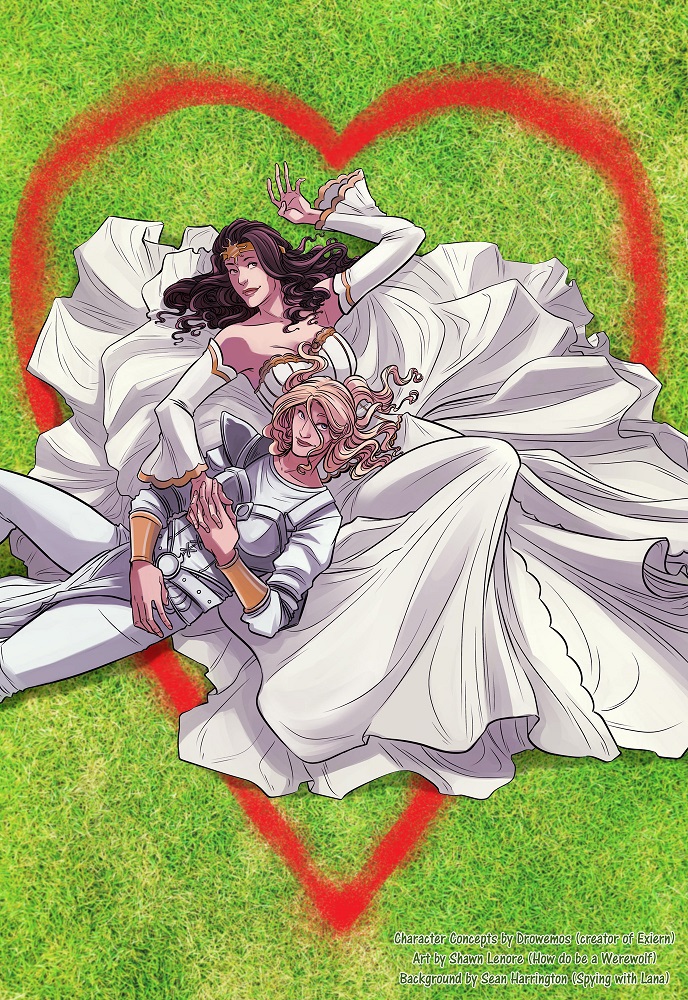 In 2017, Top Webcomics held a Halloween competition with prizes for the first three entries.

(Well, at least it was a better outcome than the unintentional disaster that was the following Halloween competition that year. More on that later.)

At the time, it was a fast scramble to put something together giving the timing of the announcement of the competition and we were already getting our Valentine's Day Sex Drive entry for 2017 put together. Read about the VDSD here.

So, in a process we return to on occasion to the present day, we reconfigured some existing art to make our entry.

Using the excellent image made for us by Shawn Lenore as seen here and here (once again, we really must ask her if she ever wants to make some more for us one day), we started a fine Exiern tradition of having webcomic artist Sean Harrington of Spying With Lana captioning other people's art for us. In this case, he also stuck in a whole new background for us. We were fortunate enough to get another great artwork out of the original, I think.

Various reasons as to why this particular pairing between Exiern's two lead characters is highly unlikely if not the most unlikely of all but for the reason why if you don't know already ... well, you'd have to read the comic.

Welcome to the Comic Fury mirror site featuring all of the Exiern and Dark Reflections Top Webcomics voting incentives at the rate of one a day so that they can be seen anytime once we've posted all the past ones.