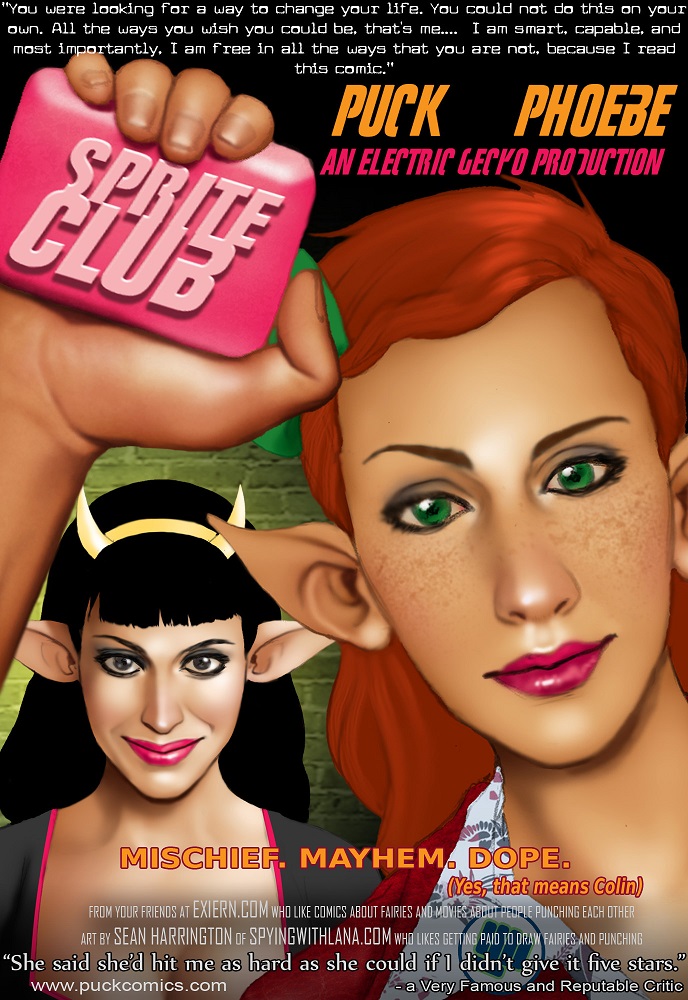 This image first ran as an Exiern Top Webcomics voting incentive for the month of November back in 2016.

I believe this is the first ever image I ever commissioned from Sean Harrington of Spying With Lana fame. As you may now know, that has since turned into an extensive amount of future work that has appeared all over this site and beyond.

We were still dusting off the cobwebs from a long inactive Top Webcomics account at that time (back then, retrieving passwords – especially for accounts created by other people not in communication with for a while was just a bit of a process) and we were still trying to source and create material that was … more Exiern specific.

This one also came about because I’d recently gotten to know another now friend of this webcomic and invaluable source of help, Electric Gecko of the webcomic Puck. His main character (the eponymous Puck) is a fairy with a penchant for the edge of destruction and as the word sprite is synonymous with fairy …

It was a short line from there to this end result is what I was saying.

I’m a simple person who is easily amused I guess is the other take home message from this.

This is a mirror to here which is hosted with the main comic here. Dark Reflections is here.

This image is 50% of the size of the one hosted on the main comic as that is hosted on Wordpress here and scales it automatically to fit while Comic Fury does not as a conscious choice. Just a heads-up if you happen to want to save a copy that the image files uploaded are of different sizes

this is a fucking superb poster