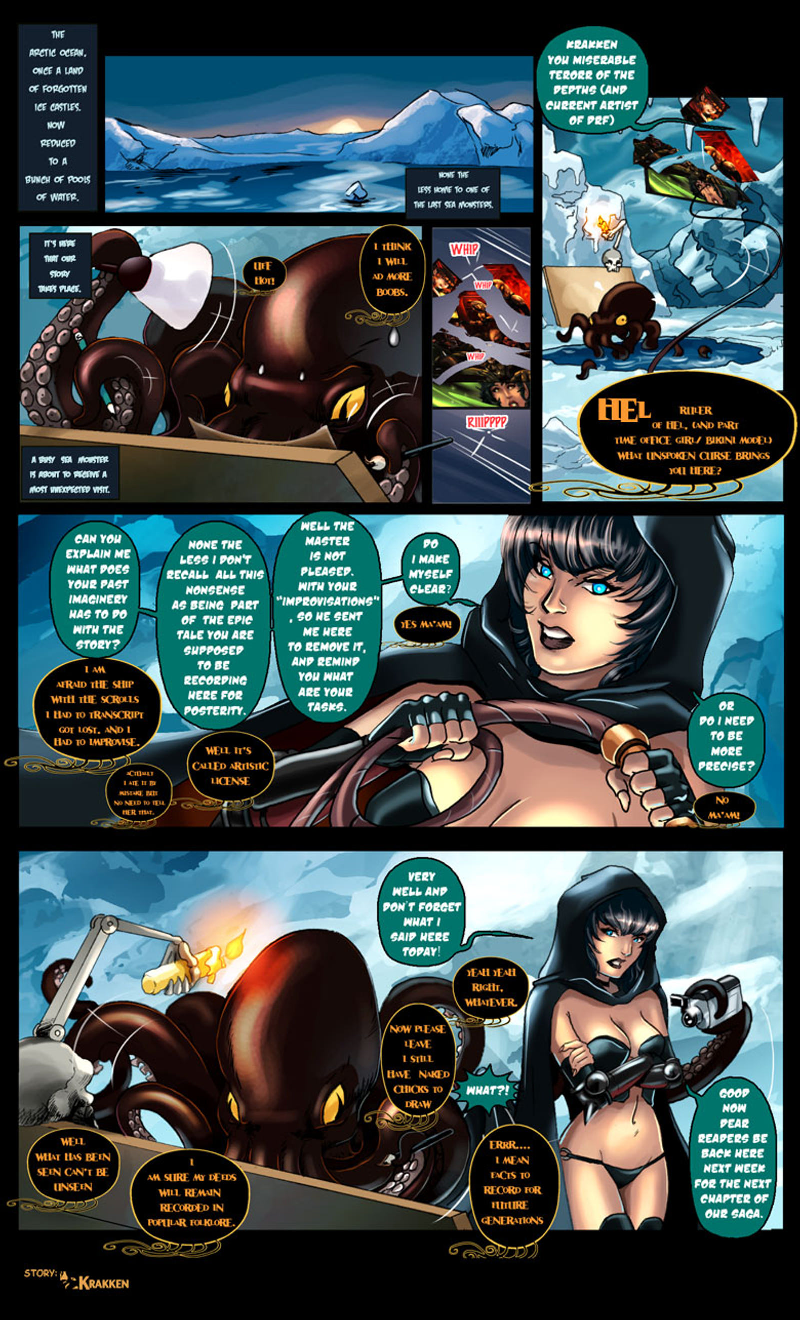 I actually don't know much about the history of this page either. Though I get the feeling from this page and the Samurai Tiffany one that it's possible Drowemos was getting a bit frustrated with the ongoing writing of both Exiern and Dark Reflections at the time.

The name of this page was taken from Stephen King's non-fiction book on writing called ... On Writing. Another image by regular Exiern and Dark Reflections contributor Master Krakken.

This image was uploaded in Sri Lanka but this text was written in Singapore and the page won't go up until I'm in Australia. So, like the webcomics themselves, it really is an international co-production.

This image was uploaded to the main site at 1600x2640 pixels but is 800x1320 pixels here because Wordpress scales the images to fit for display but Comic Fury deliberately chooses not to do that.