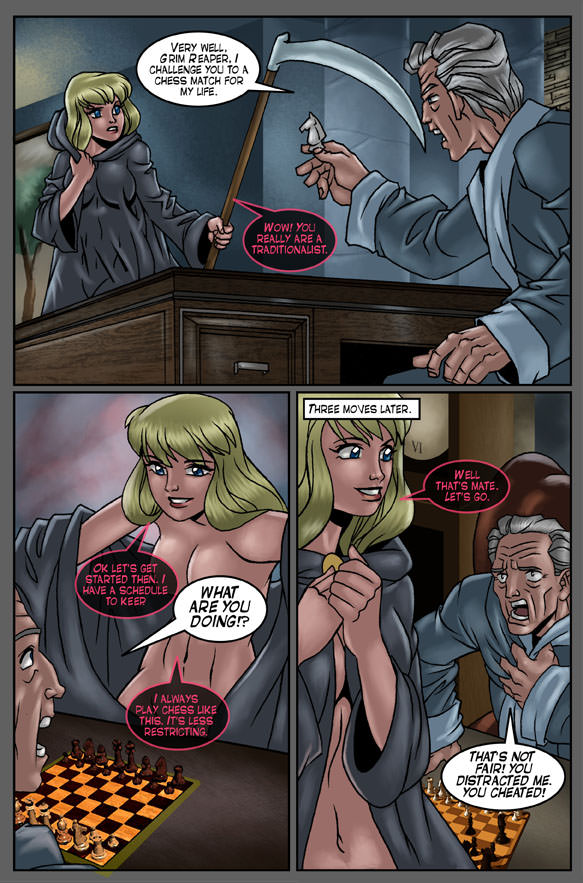 This is Page 2 of a three page story which was run over the first three weeks of October 2018 as a Top Webcomics voting incentive for Exiern and staggered on a 1 week delay over on Dark Reflections for anyone who missed a page.

Before that, at some point it was in the original Exiern archive before being removed.

I had also seen TV Tropes describing this character as Tiffany but we think this was just a whole separate character in the form of Death.

A timely update as after more than 9 years away, our original professional artist (then under the name Studio Boom, now back as Studio Katsumi) has just returned to Exiern, just in time for our 14th Anniversary!

Hopefully he'll be around for a long time to come. He's definitely got a lot more for us on the horizon. Please consider checking out his Patreon here!