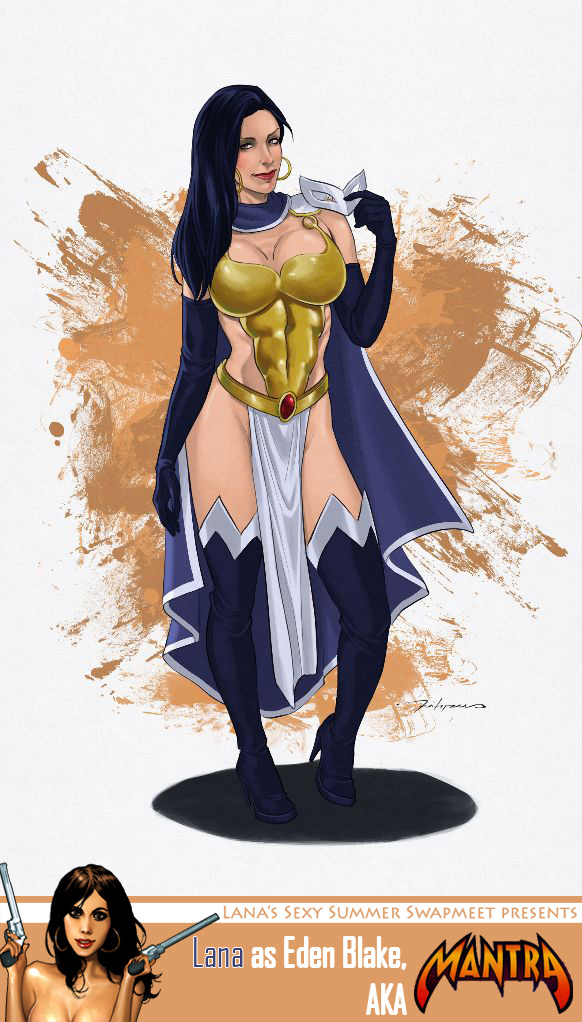 We're almost at the end of our archives of Top Webcomics voting incentives, so the plan will be to publish the remainder at the rate of one or two a week until we're finished and then move on to other images made over the years that are from outside the continuity of the main storyline.

This image ran as a Top Webcomics voting incentive for Exiern for the month of July 2019 and Dark Reflections for August 2019.

It was made for the Second Lana's Sexy Summer Swapmeet in 2018 hosted by none other than frequent Exiern guest contributor Sean Harrington of the webcomic Spying With Lana.

Art by regular main Exiern artist Antipus and based on the comic character Mantra, originally created by Malibu Comics but later bought by Marvel. Unfortunately, due to complicated rights issues Mantra and the rest of her universe is presently lost in limbo for the foreseeable future.

Read about Mantra and her character and publication history here.

Welcome to the bonus site hosting the past voting incentives on Top Webcomics. The main site featuring the bonus Exiern material is here (bar a few noted exceptions as you might soon find out but any omissions are either linked to there or here on Comic Fury).