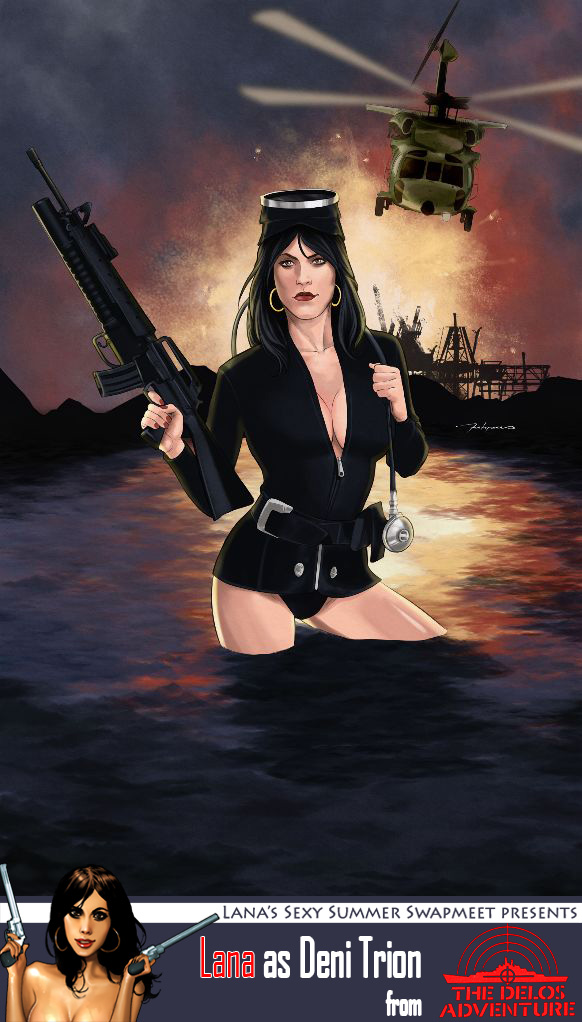 We're almost at the end of our archives of Top Webcomics voting incentives, so the plan will be to publish the remainder at the rate of one or two a week until we're finished and then move on to other images made over the years that are from outside the continuity of the main storyline.

This image ran as a Top Webcomics voting incentive for Dark Reflections for the month of July 2019 and Exiern for August 2019.

It was made for the Second Lana's Sexy Summer Swapmeet in 2018 hosted by none other than frequent Exiern guest contributor Sean Harrington of the webcomic Spying With Lana. This was our second contribution.

Art by regular main Exiern artist Antipus and based on the movie The Delos Adventure.

You can watch the trailer here.

Admittedly it looks low budget even by the standard of the 1980s but on the other hand, we thought it did capture the feel of that era of action films in the home video era really well, especially the video cassette box cover art which we're paying homage to here.

Welcome to the bonus site hosting the past voting incentives on Top Webcomics. The main site featuring the bonus Exiern material is here (bar a few noted exceptions as you might soon find out but any omissions are either linked to there or here on Comic Fury).